What if we tell you that Perth packs more than just the beach, trees, and sunny days?

1. Perth is considered one of the most isolated capital cities in the world

Believe it or not, the modern-day metropolis of Perth is secluded from most of Australia.

Moreover, the city is close to the edge of Western Australia. As for WA, it’s the largest state and comprises one-third of the country.

Why is Perth so isolated?

Perth is isolated from its “nearby” communities by its natural borders. Perth overlooks the Indian Ocean in the west, while the eastern part stretches to the vast and primarily arid Australian Outback.

For perspective, a Perthian coming out of the city will not see another densely packed urban zone until after a 2,000+-kilometer drive inland.

2. Perth is closer to Bali, Indonesia than Canberra, Australia’s capital

Okay, here are the numbers: A direct flight from Perth to one of its closest Asian neighbors, Bali in Indonesia, is about three hours and 45 minutes. Meanwhile, a flight to the Australian capital Canberra will take more or less four hours.

It’s no wonder many Perth residents choose to cross the seas instead of traveling east during holidays. It’s often more convenient to visit Bali for its proximity and cheaper tour rates, compared to neighboring Australian cities.

3. Perth is home to the oldest mint in Australia

Why is Perth Mint special?

Throughout Perth Mint’s operation, one of the most notable achievements of the refinery is being able to strike the “purest” gold in 1957, courtesy of Officer Leo Hickey and Senior Craftsman Alexander Osborne.

The plate, coming in 999.999 parts of gold per thousand, impressed the British Royal Mint so much, they ordered some to use as a benchmark.

The mint was under Britain’s jurisdiction first until the WA government owned it in 1970. After seeing expansions, digitalization, and global fame, it’s now a top tourist spot where you can watch the traditional gold pouring and see the largest gold coin in the world.

4. The British almost ignored Perth back in the 1800s

The Perth area should have been left untouched had Captain James Stirling didn’t persuade the British government to set up a colony here. The colonial administrators earlier disapproved of the proposal, as they found it expensive.

When did the English settle in the Fremantle Perth area?

After initial disapproval, the British government agreed to build a settlement in Perth thanks to the support of investors and emigrants wanting to live in the new land.

The founding took place on August 12, 1829, two years after the British arrived at Rottnest Island.

Long before the Europeans decided to make camp, WA’s southwestern part was already home to the Noongar people for at least 47,000 years!

Settlers numbered from 6,000 to 10,000, with some living in the area once called Boorloo before the British arrival.

Today, Western Australia acknowledges the Noongar people as the traditional owners of the land.

5. Convicts outnumbered settlers in Perth in 1868

There was a time when the number of convicts in Perth was higher than the city’s free settlers. A record from 1868 showed a total population of 17,000, with 9,700 convicts and 7,300 settlers.

It has been a British practice during the 1800s to send convicts to their colonies to provide labor. But the same wasn’t observed in Perth until the 1850s.

That’s because building the colony in Perth relied on private capital to make the endeavor less expensive. It means that settlers will develop the land on their own and would not import convicts to help.

This initial condition and difficulties in developing the colony caused immigration to slow down. Still, the city became more self-sufficient as the years passed.

But to speed up infrastructure development, the colony finally imported male convicts in 1850. Around 10,000 convicts arrived at Perth between 1850 and 1868, at one point outnumbering the settlers.

6. Perth is home to one of the oldest surviving public buildings in WA

Central Perth is dotted with colonial structures that have stood the test of time. Of these buildings, the title for the longest surviving belongs to the Old Court House.

The building was designed by Henry Willey Reveley and completed in 1836, standing proud and unmoved for about 185 years.

How old is the Round House Fremantle?

Outside Central Perth, some buildings are slightly older. One is the 131-year-old Round House at Fremantle, which Reveley also designed and competed in 1830.

It’s the oldest in the said town, just one year shy of the founding of Perth in 1829!

Another historic structure is in South Perth called the Old Mill. This structure was built in 1833, destroyed in 1834, and rebuilt in 1835.

7. Marsupials inspired the name of Perth’s most popular holiday island

Rottnest Island is the natural habitat of the world-famous marsupials quokkas.

They are considered the “happiest mammals on earth,” and it’s not hard to see why. These adorable little creatures know how to smile!

Why is it called Rottnest?

Back in 1696, a Dutch explorer Willem de Vlamigh landed on the island and assumed the quokkas thriving in the area were giant rats. This prompted Vlamingh to call the island “Rattenest” (Dutch for rat’s nest), which was later adapted to Rottnest.

Rottnest Island was part of the land that the Whadjuk Noongar people traditionally owned. Before European landings, it was called “Wadjemup,” meaning “the land across the sea where the spirits are.”

Today, the quokkas are still ubiquitous on the island, and most grew to be comfortable around humans. The tons of quokka selfies you see online are enough proof.

Oh, and speaking of Rottnest…

8. The Rottnest Island was once reachable on foot

It is said that the Noongar people could reach the island on foot and have used it as an important meeting and ceremonial site. Artifacts found on the site suggest human occupation from 6,500 to over 30,000 years ago.

When was Rottnest Island connected to the mainland?

Wadjemup or Rottnest Island connected to mainland Australia during the last ice age.

Rottnest got separated from the mainland due to rising sea levels and was believed to be uninhabited since the Noongar people in the nearby areas didn’t have boats then to reach it.

9. Rottnest Island has a dark history as a prison for Aboriginal people

And now we go to the dark and sobering side of Perth and its neighboring attractions.

During the colonization of WA, the pristine and vibrant Rottnest Island served as a prison and forced labor camp for the Noongar people from 1838 to 1931.

What happened to the aboriginal people on Rottnest Island?

Historical records show that about 4,000 aboriginal men and boys were brought to Rottnest Island, many of them incarcerated for petty crimes.

Stories of inhumane conditions for the prisoners, such as forced labor under extreme heat, aggravatingly cramped quarters, and weeks in chains are backed by primary sources.

The prison closed in 1904 but continued being a labor camp until 1931.

Today, the Australian government together with the Whadjuk Noongar representatives are working to put emphasis on the island’s dark past and commemorate the men and boys who suffered and were buried on the site.

This might sound like a fever dream, but Western Australia did wage war against the giant, flightless birds in 1932.

The war started after Word War 1 veterans-turned-farmers cultivated the land in the Campion district east of Perth. The area was in the migration route of the emus, with the birds finding the new spot a perfect new habitat.

Some 20,000 emus began wreaking havoc on the crops, prompting the farmers to gun down the animals and later ask for help from the government.

How did the emu war end?

The WA government sent Major G.P.W. Meredith and two soldiers to curtail the emu population. In October 1932, armed with light machine guns, the troop fired about 2,500 rounds of ammunition but only managed to kill 50 to 500.

The logistical cost was not worth the results, hence the conclusion that emus won the initial war. Though curtailing efforts occurred until 1948, these birds remain stubbornly plentiful in Australia, driving the point further.

11. Perth is called the “City of Light” by a pioneering US astronaut

In 1962, Perthians in solidarity turned on their lights to acknowledge John Glenn’s mission to orbit Earth.

This act did not escape the astronaut who was aboard the Friendship 7 spacecraft. As he flew over Australia, John observed that the town on the western coast was visible from space.

The space explorer then dubbed Perth the “City of Light,” which the Perthians embraced and celebrated.

12. Perth’s Swan River is home to a dressable bronze statue

The bronze statue in question is named Eliza, a sculpture that commemorates the public swimming facility Crawley Baths.

The larger-than-life public art was installed 15 meters off the shoreline of Swan River and depicts a woman about to dive into the water.

Contrary to expectations that people will hate Eliza, the plain-looking sculpture opened opportunities for fun-loving Perthians looking to spice up the view instead.

Since then, Eliza has been a literal head-turner for motorists along Mounts Bay Road.

Depending on the occasion and inclinations of people, you can see the perpetually into-diving-mode woman dressed for Christmas, the Melbourne Cup, the rowing regatta, and even a celebrity’s birthday.

13. The city was home to one of the last operating Blockbuster stores in the world

The Blockbuster rental video store was a popular stop for movie lovers in the 1990s and early 2000s. It was a hit in the US and other countries until video-on-demand and streaming services took the limelight.

What’s impressive about Perth’s Blockbuster branch is that it lasted longer than most shops around the world. The store, which was also the last in Australia, endured until 2019.

The last Blockbuster branch is still operational in Oregon, USA as of writing.

There’s another fun fact about the Perth store: a loving husband purchased the shop’s massive signage and gifted it to his cinephile wife, Melinda Allia. Expectedly, said hubby scored a million brownie points, enough to last a lifetime.

Why is Perth called Perth?

Perth in Western Australia was named after Perth county in Scotland, the birthplace of then secretary of state for the colonies of Britain George Murray.

Captain James Stirling declared the site as the capital of the Swan River Colony and was also the one who decided on its name.

What is a Perth person called?

Perth residents don’t have an official name, but many prefer the term Perthians or Perthies.

Perth’s cost of living is generally affordable, at least compared to other capital cities in Australia. A report commissioned by the Department of Treasury says that non-housing living costs like food, recreation, and transport are lower.

Meanwhile, the city’s housing and mortgage rates have been increasing recently. Still, they remain lower than the neighboring capital city Adelaide and Australia’s capital, Canberra.

Is Perth a smart city?

While not as advanced as Canberra, Perth is considered a smart city, especially after it rolled out technologies recently.

Perth’s smart city program includes Smart Irrigation to keep parks and gardens healthy and conserve water. Another is the Smart Street Lights, which were designed to adjust to changing sunrise and sunset.

The city also provides a free Long Range Network service (abbreviated as LoRa), allowing the public to connect to the Internet of Things.

Here is a table of general data about Perth to further feed the information nerd in you.

As good as it gets hello 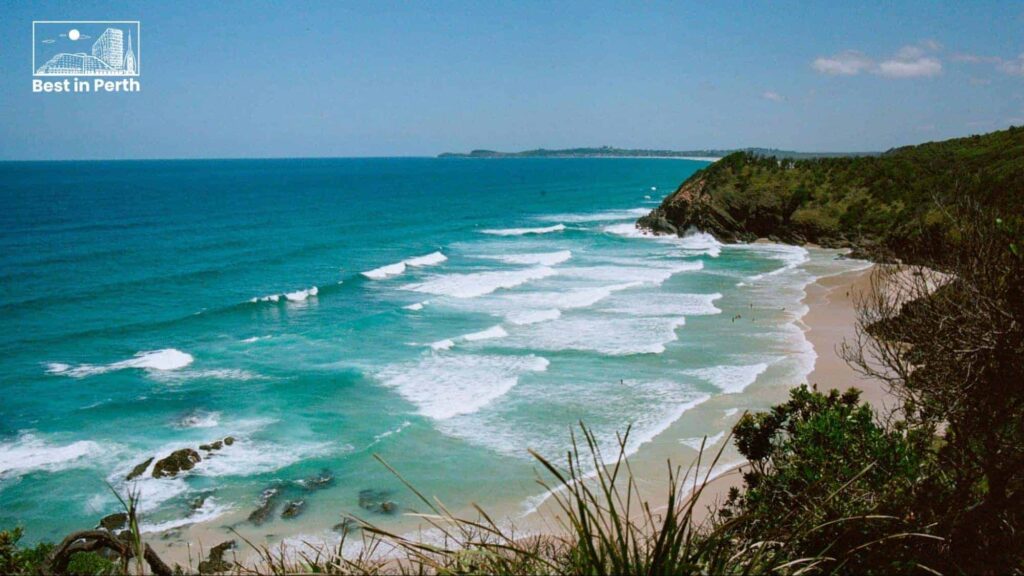 Things to do in Byron Bay: Exploring, Eating, & Shopping 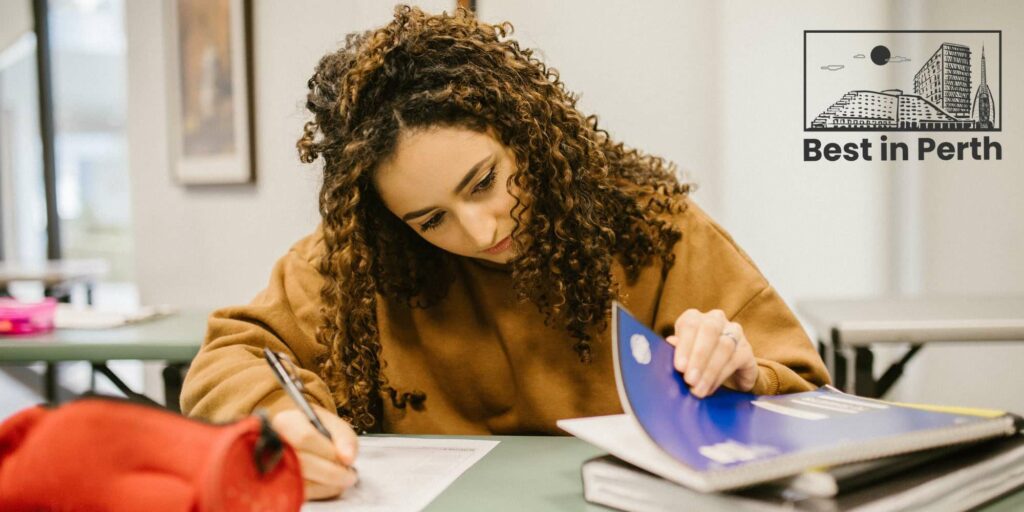 Is Perth a Good Place to Study? 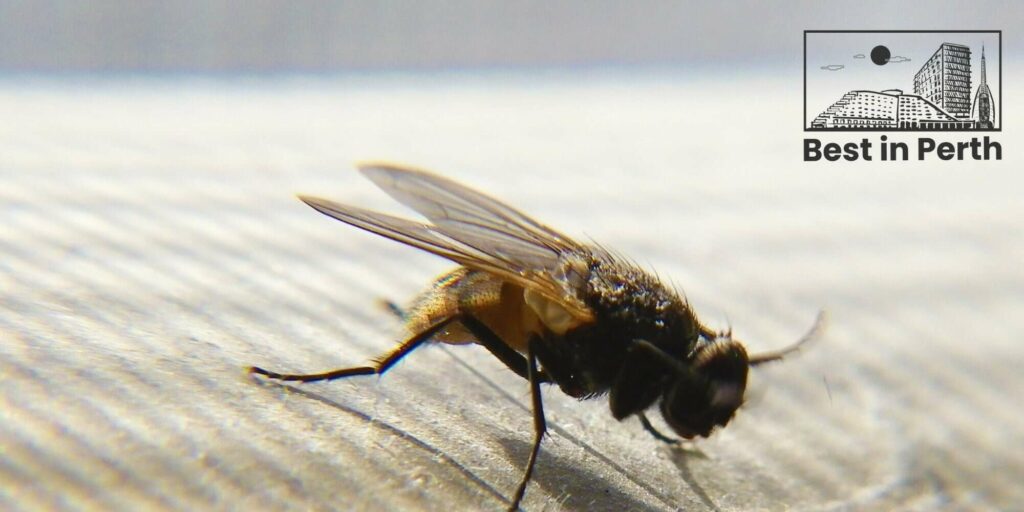 Why Does Perth Have So Many Flies? 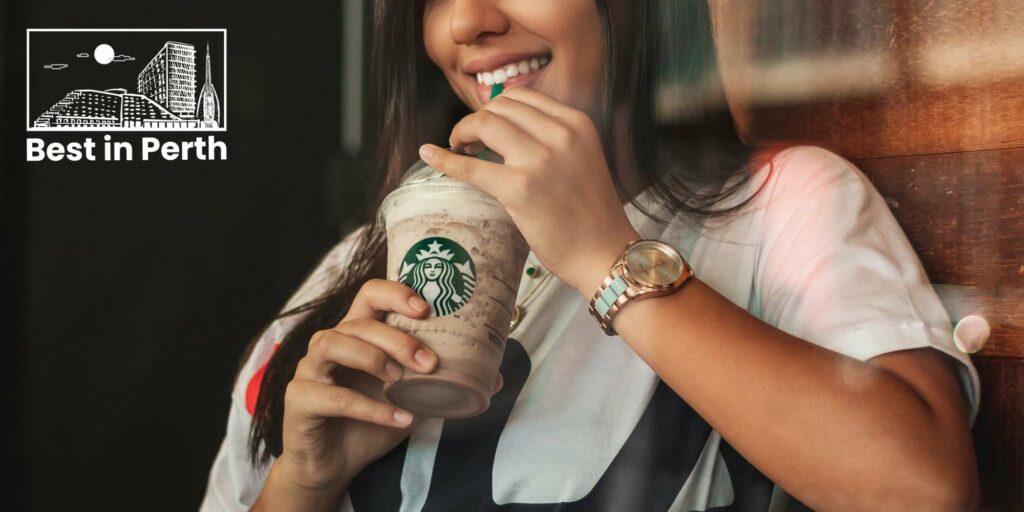 5 Reasons Why There Is No Starbucks in Perth 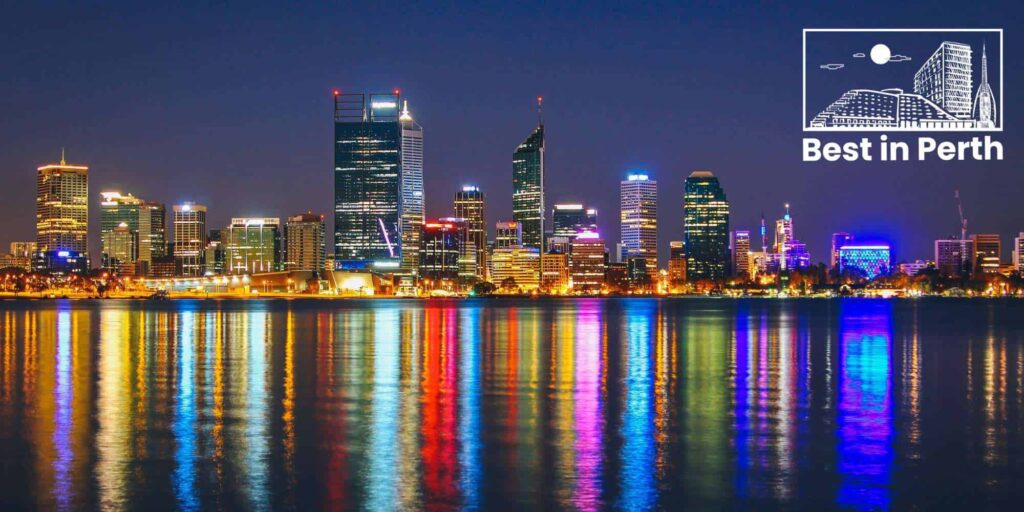 North vs South Perth: Which Is Better? 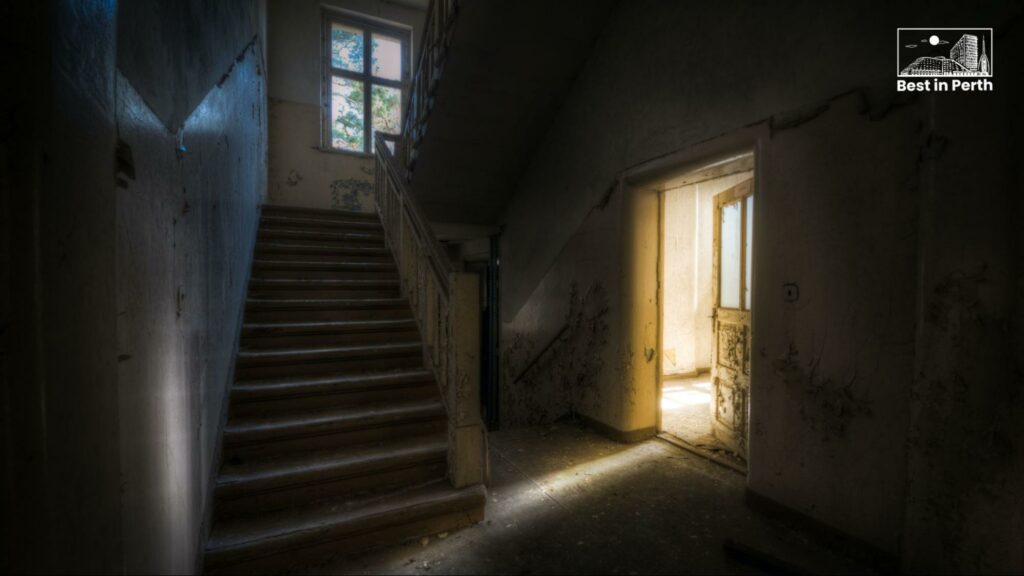 Top 7 Haunted Spots to Check Out in Perth